While the EPA has deemed the tap water in San Diego safe to drink, the truth is that there are traces of contaminants in the tap water.

However, this is the case for most tap water all over the world. So are the contaminants in the tap water in San Diego at an acceptable level? How dangerous are they and how safe is the tap water?

This is what we’ll be exploring in our article today! We’ll be taking a look at the main contaminants found in San Diego tap water, as well as how they treat the water. But let’s kick things off by asking: where does the San Diego tap water come from?

Where does San Diego get its water?

According to a Water Quality Report issued in 2020, the water in San Diego is currently imported. Most of this water is ‘raw’ or untreated, and is bought by the San Diego County Water Authority. The raw water is then treated before it enters the drinking water distribution system.

The components of the water are influenced by the climate, geology, their source, and the activities of the land they flow through.

What are the main contaminants found in San Diego tap water?

The EPA evaluates the long-term effects of these contaminants as they carry out more research. For example, the EPA continues to investigate traces of arsenic, copper, and lead in water.

Furthermore, there are a few emerging contaminants that the EPA is yet to determine appropriate levels for and is still researching. A good example of this is Per- and Polyfluoroalkyl substances (or PFAS).

These are also known as ‘forever chemicals’ as they tend not to disintegrate when consumed by humans and can build up in the body over time.

The risks of PFAS are still not fully understood and research is being done on them. Lead piping is another possible source of water contamination, and we’ll talk about potential lead in San Diego tap water a little later.

The tap water in San Diego does satisfy the requirements of the EPA, but to be on the safe side it’s still recommended to purify your tap water to lower the amount of contaminants in your water as much as possible.

Does the water in San Diego have lead?

However, how much lead is in a city’s water supply can differ greatly across many neighborhoods, and it can sometimes differ from house to house!

A lot of buildings have lead pipes or service lines which can contaminate your water, and this is particularly a problem for older homes. If you’re concerned about your home’s water supply containing lead, it is recommended to have your water tested.

There is no healthy amount of lead in water, and as lead builds up in our bodies over time this can have serious health risks.

How do they treat the tap water in San Diego? 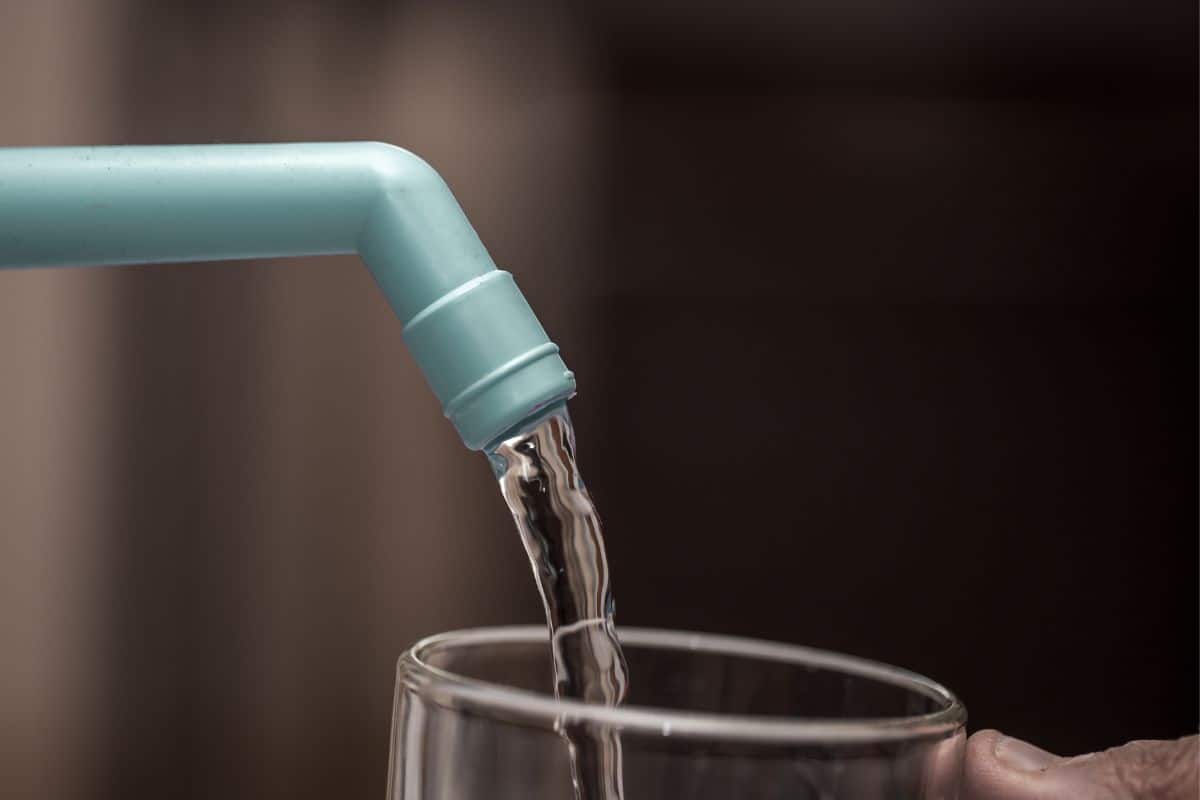 San Diego’s Public Utilities Department provides the city with high-quality tap water by making use of technology that has been proven to make water cleaner.

There are several processes behind treating water and each process improves the quality of the eater even more. Having multiple treatment processes in place puts up more barriers against contaminants and ensures your water is safe.

For example, Alvarado and Miramar water treatment plants use ozone for the main disinfection of water, while the Otay Water Treatment Plant purifies their water with chlorine dioxide.

Traditional water treatment mainly consists of coagulation, flocculation, sand/multimedia filtration, and sedimentation, and this is what water all over the world is commonly treated with.

In conclusion, San Diego’s tap water is considered safe to drink according to the EPA. From April 1, 2018, to June 30, 2021, San Diego Water Utility violated one Safe Drinking Water Act. This was a monitoring violation that was soon resolved.

So while the tap water in San Diego is safe to drink, it’s still recommended to filter the water for everyday use, as the EPA is still looking into the health impacts of long-term exposure to some contaminants that are – as of now – unregulated, and contaminants that are already regulated but are at acceptable levels in the water.